Even as I write this e-newsletter to you there are some very interesting things going on over in the Senate.  It looks like a few Senate Democrats have sided with Senate Republicans to take over the Senate for a few hours.  Despite several parliamentary maneuvers by Senate Democrats – including having to spend several hours reading the entire 235 page read out loud (you should have seen the look on the Senate reader's face – poor guy) – the expectation is they will try and pass a more bipartisan budget authored by Republicans.  I'm sure I will have more to report on this in the future (and so will my seatmate Sen. Mark Schoesler, I'm sure). 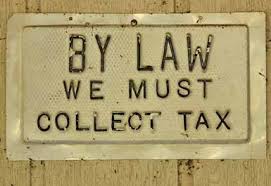 As I briefly mentioned last week, one of the things in the House Democrat budget that has me greatly concerned is an apparent end-run around the voter-approved two-thirds vote requirement for the Legislature to raise taxes.  The majority's budget makes severe cuts to local government – but then gives those local governments the councilmanic authority to raise your taxes to “buy back” those cuts.  This can now be done with a SIMPLE MAJORITY VOTE at the local government level.  In other words, instead of trying to make the case for a tax increase at the state level, where a two-thirds vote of the Legislature is required – they cut funding at the local level and then rely on LOCAL TAXES BEING RAISED without a vote of the people.

House Bill 2801, which is the policy legislation allowing all this to happen, is over 100 pages long.  The bill report – which is usually one or two pages – is 13 pages.  It's full of tax increases that local governments can impose on citizens.  Here are just a few:

But again, these are just a few of the provisions in this bill.  It shifts the financial burden of many programs and services to local governments – but then allows local governments to raise taxes.  It's disingenuous to taxpayers and is an irresponsible way to budget.  Other proposals would allow increases in car tabs and property taxes – also contrary to what voters have told us through several different initiatives.

Most of you know about the Discover Pass.  Remember, this was the Legislature's attempt at raising more money to keep state parks open by charging you a daily or yearly pass to recreate on the lands that you (citizens of the state) own.  Those of us who voted against this proposal warned that it would not generate anywhere near the money that was assumed.  We warned that people would stop visiting parks – or visit the less frequently – if the Legislature made them pay to do so.  As it turns out, we were right.  So now they are adding more taxes and fees.

House Bill 2373 is the majority party's effort to overhaul their original bill.  While I supported some of the amendments to the bill on the House floor in an effort to make a bad bill better, I could not support the bill in its entirety and voted against it.  Here are some of the things the bill does:

With just a few days left in the regular 60-day session, there is still much to be done.  We're seeing a lot of last-minute bills that are no good.  It looks they are trying to sneak a lot of bad stuff through the system at the last minute.  I'll keep you posted as best I can.  And hopefully, we will NOT have to go into a special session.  This would be a complete failure on the part of those who control the House, Senate and the governor's mansion.

Thank you for reading my e-newsletter.  Until next time…